Designing Websites For The iPad

I’ve been asked by a few people in recent weeks how I think the introduction of the iPad will change the way we design web sites. Whether I’ll be buying an iPad or not, and whether it takes off or not, the truth is it’s unlikely to affect the way we design our sites for a number of reasons.

The Apple iPad uses Webkit which in technical terms is the engine it uses to render web pages. In more simple terms it’s the software that translates the code we write to create web pages into what you actually see in your browser. Webkit is currently widely used, not only in other Apple products such as the iPhone but also in Google’s Chrome browser and Palm’s Web OS browser. Our development techniques have never had to change to ensure a site displays correctly in Webkit based browsers; quality code should be rendered correctly.

As web developers we have had to battle with ensuring our sites appear correctly on a number of devices for quite some time. Since mobile devices started introducing full web browsers we’ve had to take smaller screens into consideration. More recently, computers have been shipping with widescreen monitors and some TV’s are even ‘web enabled’ meaning huge resolutions also need to be considered. The iPad will simply be one of many screen sizes, but again a well thought-out design should have no problems.

The touch screen on the iPad, and notably many other devices now availble from smart phones to netbooks, does mean we need to re-consider hover effects. Some sites rely on, for example, text changing when the cursor rolls over it to indicate you can click it to perform an action, such as a link. In essence, this is poor design practice anyway as it is easy for a user to miss this with their cursor, so again if thought has been put into the usability of the site it shouldn’t suffer on the new device.

Apple have openly stated that the iPad will not be supporting the Adobe Flash plugin. While as a rule we don’t tend to use Flash for building entire websites for accessiblity and search engine considerations it does have it’s uses; rich media such as animation and audio can add a whole new dimension of interaction for users. According to the latest statistics, the Adobe Flash plugin has been installed on 99% of internet users’ devices. It seems stupid to sacrifice the tools Flash provides for the sake of 1% of users. Just be sure to offer alternatives for those not using Flash. 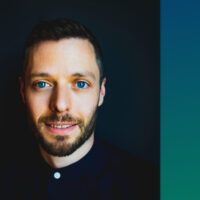