Celebrating All Things Design in the Birmingham Commonwealth Games

There’s excitement in the air as the Commonwealth Games approach, where all focus will be on Birmingham and the West Midlands. Whilst events officially take place 28th July – 8th August, there’s lots more to celebrate before the games begin.

Here at Ballyhoo, we’re big fans of the Birmingham Commonwealth 2022 logo. With a focus on creating ‘Games for everyone’, the brand identity has been created with local communities and Birmingham as a growing city in mind.

To help the designers decide on the brand identity, there was a feedback consultation with communities all across the West Midlands, giving them the opportunity to share their feelings on what the Birmingham 2022 Commonwealth Games needed to deliver. This has resulted in a logo and brand that connects the region together.

The logo incorporates a ‘B’ shape, formed by visually connecting communities from ten key locations across the region, many of which will be hosting sporting events during the Games.

The font type has been created by analysis of the existing typography across the area. In addition to this, the blue and yellow colour palette represents Birmingham as a young city, with a bold and dynamic logo to reflect this.

The medals for the games have been designed locally by three students from Birmingham’s School of Jewellery, by an all-female team. This is significant because the events this year have more women than men competing for the first time ever in Commonwealth Games history. The designers took inspiration from the journey that athletes take to reach their goal of competing at the Games with embossed areas symbolising an aerial map of Birmingham’s road and canal network.

The medals have been designed with accessibility in mind – with a textured and tactile quality so that all athletes can feel the design. What’s more, the ribbon attached to each medal is adjustable, sitting comfortably when worn no matter the height of the athlete or para athlete wearing it.

The gold, silver and bronze medals have then been manufactured by Toye, Kenning and Spencer, a company based in Birmingham’s world-renowned Jewellery Quarter. The company is based near Arena Birmingham, and is also on the marathon route. This shows support to local businesses, and celebrates the talent and creativity of individuals and communities within the local area.

The Birmingham 2022 Commonwealth Games is an opportunity to bring together athletes, officials, spectators and local people, collectively creating growth and positive change for Birmingham and the West Midlands. 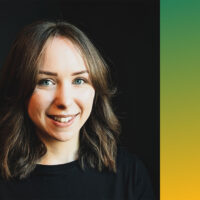 Rebecca is Ballyhoo's Marketing & Support Officer, helping to keep the team organised and supporting all of our clients with day to day activities. She also runs all of Ballyhoo's internal marketing.