RSS – Past, Present & Beyond

With a certain open-source content management systems making life difficult when setting up an RSS feed (RSS means Really Simple Syndication – although maybe this should be dubbed Not So Simple Syndication when working with the aforementioned CMS) I was asked my opinion on whether or not the required effort is worthwhile. This led to some interesting discoveries and opinions so I thought I’d write up my findings.

What is an RSS feed?

RSS stands for Rich Site Summary, but is also commonly known as Really Simple Syndication. RSS is a family of web feed formats that are used to publish frequently updated works such as blog posts, news articles and products in a standardised format. RSS feeds help website or blog owners to syndicate their content automatically, allowing users to subscribe to updates from their favourite websites or to aggregate feeds from several sites into one place. RSS feeds are read by using bits of software known as RSS readers, feed readers or RSS aggregators.

The benefits of an RSS feed

The main benefit of an RSS feed is that it keeps your users up to date with your latest content. With RSS aggregators such as Google Reader, Currents or Feedly your website users can subscribe to your RSS feed to receive automatic updates on additional news and pages that you add to your site. This can help to improve the overall user experience of your website, leading to reduced bounce rates and improved conversions.

RSS feeds can also be helpful for search engine optimisation. However, in the words of Matt Cutts, head of webspam at Google, “Google tends not to index, or really look at, RSS or atom feeds all that much.”. However, if someone decides your site maybe useful to their users they can choose to display your RSS feed on their website. This could result in valuable backlinks to your website (provided that the website owner chooses to allow search engines to follow your links) and therefore help to improve your reputation with Google and other search engines.

RSS feeds are also a valuable tool for automatic integration with social media. There are a number of applications available, such as Hootsuite, that can pull your RSS feed and use the information to post any updates you make (whether it’s new pages, new posts or new products) to your social profiles including, but not limited to, Facebook, Google+ and Twitter.

RSS today and in the future

There are constant changes to the ways in which data is consumed on the internet. Thanks to websites like Facebook and Twitter social media is currently playing a big part in news updates. People follow the pages that they want to get updates on and they appear in their time-line, not dissimilar to the style of an RSS aggregator. Ask anyone if they’ve heard of Facebook and they are sure to say yes, but mention RSS feeds and most people will draw a blank, making it clear that social media is now the stronghold for news updates.

It seems to be popular belief that RSS feeds are becoming less and less used, or were never very widely used in the first place, and are therefore less and less necessary. In fact it was while researching this blog that I stumbled across news that Google are planning to retire Google Reader, their own RSS aggregator.

The decision to retire Google Reader evolved as part of Google’s spring clean. The recent announcement of the intended closure of Google Reader, brings the total to 70 features or services closed since the spring clean began in 2011. Although they accept that Google Reader has a loyal following, Google feel that over the years usage has declined and they have therefore decided to terminate the service on 1st July 2013.

Since Google’s announcement a number of petitions have been set up in an attempt to keep the service online, while other RSS readers such as Feedly are reporting a drastic increase of new users – reporting up to 500K new users in just 48 hours.

Google’s decision only reinforces any doubts that RSS feeds are in decline and therefore no longer important or useful. Normally I’d be inclined to side with Google, after all Google are the internet. They should know what’s up and coming and what should be left behind or pushed aside, they even have the power to set trends and change mindsets with regards to the world wide web but this time, I’m not sure.

While a large number of people get their updates from social media sites, there are still many that are using RSS feeds as the primary source of their new information. I agree that social media does seem to be the stronghold at the moment and that RSS feeds maybe less popular but I can’t help but wonder whether Google are closing their RSS aggregator because they feel it is obsolete, or if they are simply attempting to shoehorn people to their own social service, the less popular Google+.

Should we believe what Google suggests?

Scepticism aside I can’t deny that social media is prevailing in the world of news updates and I can’t blame Google for wanting to drive more users to Google+. But do their actions mean that RSS feeds are obsolete or do they still have their uses? Well, for the time being at least, I think they do.

I personally subscribe to a number of RSS feeds on my various hand-held devices, allowing me to keep up to date with new articles and products from my favourite websites, and I have a number of friends and colleagues who do the same.

The reported rise in users of Feedly and other RSS readers, along with the numerous petitions that have been set up and are steadily gaining signatures, is enough evidence that RSS feeds are still used by a considerable amount of people. With the SEO benefits (although they maybe slight) and the flexibility that an RSS feed offers to your readers, there is no reason in my opinion why RSS should retired from the game. 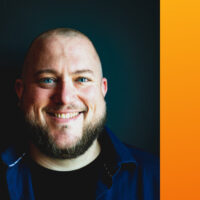 Sam manages online marketing strategies for our clients, working to identify areas for improvement and helping you to make the most of your website. His knowledge and skills can help you turn an online presence into an online success.