One evening in late July, our online marketing manager, Sam, was riding his motorcycle around a roundabout in his home town. As he started to travel on to the roundabout a car pulled out on him but luckily Sam reacted in time and avoided a near-collision. As he set off again though, a taxi coming from the left drove straight into Sam’s side, knocking him up on to the car’s bonnet then sending him and his bike skidding across the road.

Despite wearing steel-reinforced biker boots, Sam’s left foot was crushed between the car and the motorbike. Having sustained two fractures to his heel, and getting battered and bruised by the impact, Sam was in agony.

Unbelievably, the taxi driver responsible for the collision tried to brush Sam off and get him to stand up, dragging him upright by his collar. And as we all know, the last thing you should do is move someone who has been in a traffic accident. If Sam had in any way sustained a spinal injury this could have been a disastrous move.

Five months on and Sam is back in the office full-time after 3 full months off and then a phased, part-time return. He can now cope without crutches but still struggles to walk longer distances or be on his feet for extended periods and must attend physiotherapy appointments regularly. In addition to the health issues caused by the accident, Sam is also out-of-pocket and has still not been reimbursed for the value of his motorbike (which was written-off), let alone been compensated for the accident.

We really struggled without Sam in the office and, as his friend as well as his colleague, it was very distressing to hear of his accident and watch him be in pain. It’s easy to pass accidents off as bad luck but the ramifications reach far – affecting the victim physically, emotionally, mentally and financially and causing their family and friends anxiety and distress.

Sam was proud of being a safe motorbike rider – he always spent good money on safety equipment and drove with care. However, Sam’s story highlights to us all that no matter how safe a rider you think you are, you are at the mercy of other road users and are extremely vulnerable. In a sense, Sam was actually very lucky to get away with the injuries he sustained, especially considering 30 bikers are killed or injured every day at junctions, but for him it doesn’t feel that way and he’s not prepared to ride again. 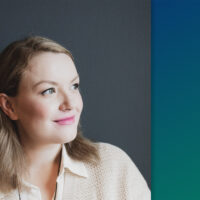 Alison is our Creative Director*. She has worked alongside Anthony to build the business since it was founded in 2009. Her passion is design and UX, and she has a laser eye-for-detail. In other words, she’s a web developer’s worst nightmare.